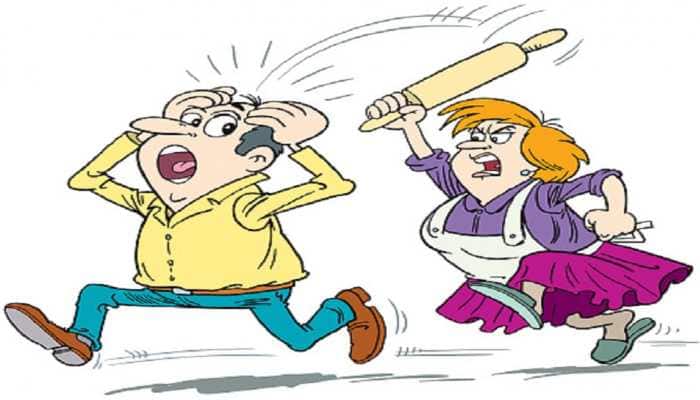 A woman thrashed her husband with shoes in a hotel in Agra’s Delhi Gate area. The woman claimed that she could not control herself after seeing her husband in an abusive situation with another woman in the hotel room. The incident of beating the father was recorded on camera by their minor daughter. That video is now making rounds on the net. The name of the woman is Neelam and her husband’s name is Dinesh Gopal.

The woman told the media that this is not the first time her husband has been doing this kind of work for a long time. They have a 16-year-old daughter and a nine-year-old son. Children are also aware of their father’s ‘achievements’. The woman claims that the minor daughter even refuses to call the man her father. The mother and daughter followed him to the hotel to catch him red-handed. The minor shoots the video while being intimate with her lover in the hotel.

After that, the woman jumped on her husband with a shoe in her hand. In the video, the husband is heard repeatedly saying ‘forgive me’ as the wife starts beating him. Neelam did not bother to listen to her husband or their daughter who was with her. He inflicted a few wounds. Later, the police came and handled the situation.