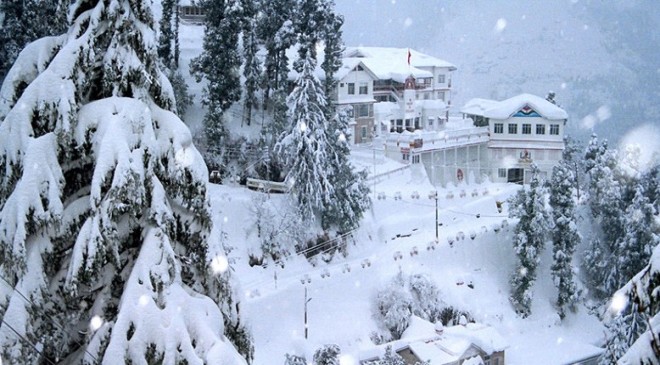 Higher reaches of Uttarakhand have been receiving snowfall intermittently for the past week.

Pithoragarh: Heavy snowfall lashed several areas in Dharchula town in Pithoragarh district, leaving up to two feet of snow in the upper areas and blocking key roads near the Nepal border on Sunday, officials said. Sashastra Seema Bal (SSB) officials said that some roads have been blocked following the continuous snowfall because of which locals and security personnel have been facing problems.

They said the Lipulekh road has been closed near Malla Ghat. Pithoragarh District Magistrate Ashish Chauhan said they are continuously monitoring the situation. Higher reaches of the state have been receiving snowfall intermittently for the past week.

In Darma valley, the last outpost near the China border, last week received more than four feet of snowfall in the mountains at an altitude of 17,500 feet. Security personnel had to patrol the area under extreme circumstances.

Last month, a woman died and about 30 houses were damaged in a cloudburst in the district. The cloudburst flooded the Kali river. Several houses were washed away by the strong current. There were also reports of damage in villages in Nepal.