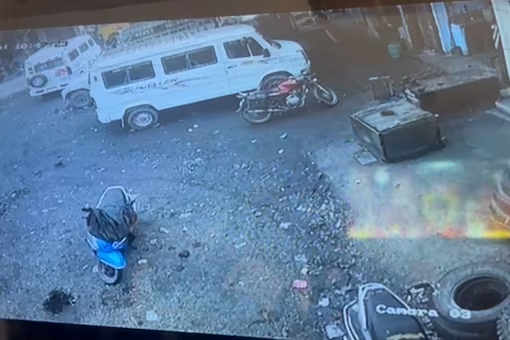 Officials said that the forensic team and bomb squad have arrived at the Narwal blast site. According to preliminary investigation, it could be an IED blast

According to a visual shared by ANI, several police personnel was present at the spot of the blasts and those injured were immediately rushed to a hospital nearby. The area has been cordoned off. “Twin blasts occurred in Narwal area of Jammu, six people injured,” Singh said.

The explosion raises concern as senior Congress leader Rahul Gandhi is in Jammu and Kashmir for ‘Bharat Jodo Yatra’. Due to security concerns, a significant portion of the yatra in the state will be completed by bus. Officials said that the forensic team and bomb squad have arrived at the Narwal blast site. According to preliminary investigation, it could be an IED blast.

Gandhi’s yatra is set to conclude with a mega rally in Srinagar, which is expected to be attended by leaders from nearly two dozen national parties. The march began in September from the southern tip of the country in Kanyakumari and has travelled about 3,400 km in 125 days.

Senior Congress leader Jairam Ramesh, during the yatra, criticised the central government’s decision to revoke the special status of the former state, calling it a “grave insult” to the people of the region.

The Narwal blast comes days after twin explosions in Rajouri left seven members of the minority community, including two children, dead, and fourteen others injured in the Upper Dangri village.

Last week, Union Home Minister Amit Shah had assured that an action plan has been chalked out to strengthen the entire security of the Jammu region. He was scheduled to meet the families of those killed in the terror attack in Rajouri, but had to settle for a phone call due to bad weather, which made travelling difficult.

“I have spoken to all the seven families of those who died over the phone. I was about to go there myself to meet them, but today we could not go there due to the weather. I have heard them very carefully, and have also spoken to Lieutenant Governor Manoj ji. The courage of those who lost their lives is an example for the country,” he said.