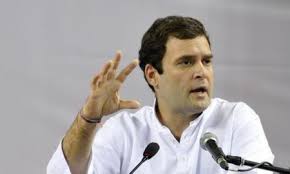 Rahul Gandhi’s decision to contest from Wayanad as his second Lok Sabha seat in addition to Amethi in Uttar Pradesh has given rise to feverish political speculation. While the BJP has claimed that the fear and ignominy of being defeated by Smriti Irani at Gandhis’ pocket borough has forced the Congress president to “fly south” and add a safer option to his portfolio, the Congress has claimed that contesting from a seat that lies at the tri-junction of Kerala, Karnataka and Tamil Nadu is a symbolic message of inclusiveness and paints Congress as a party that respects the culture, language, lifestyle and food habits of people from southern states as opposed to BJP’s “divisive agenda”.

Beyond the political wrangling and rhetoric, the Wayanad step tells us something about the Congress party and the way it is assessing its fortunes and electoral expectations. This trend was visible when Rahul appointed sister Priyanka Gandhi Vadra as the general secretary and tasked her with reviving the party’s fortunes in eastern Uttar Pradesh. Priyanka has dropped frequent hints that more than success in the 2019 Lok Sabha polls, she is looking at structural overhaul and long-term recovery.

A recent interaction with a party worker has gained huge media traction where Priyanka is heard asking cadres in Amethi, Rahul’s constituency, whether they are preparing for 2022 (Assembly polls). That created speculation about Congress’ aims, but it need not have.

Rahul’s move to contest from Wayanad in Kerala is consistent with a line of thinking that indicates Congress is perhaps resigned to the possibility of Modi regaining power in 2019. It is, therefore, strategising for long-term revival instead. A series of calibrated steps and decisions nudge us towards this conclusion.

Rahul’s decision to contest from a seat that is the safest for Congress in the south has invited ridicule from BJP and anger from the Left. BJP’s reaction is on expected lines. Despite losing twice, Irani, a Union minister, has remained fixated on Amethi after running Rahul close at his family bastion in 2014 Lok Sabha polls. She has steadily reduced Rahul’s victory margin, voting percentage and has been gnawing at the heels of the dynast. There is excitement in the BJP camp and expectation from analysts that this time Irani might be able to turn the table on Gandhi at Amethi.

Wins and losses are inevitable in elections but the symbolism of a Gandhi losing in Amethi at the hands of BJP — if that happens — is a tectonic political shock that will have much larger repercussions in national politics and signal graver portends for Congress. Given this predicament, Rahul needed a backup plan. But why did he choose Wayanad in Kerala where his chief opposition is the ruling LDF and not the BJP?

This seat, that was carved out in 2008, has traditionally remained with the Congress since 2009 when MI Shanavas posted a landslide win. Though his victory margin came down significantly in 2014, it is still considered to be the “lone safe seat” in Kerala. Congress’ vote share reduced from nearly 47 percent in 2009 to 30 percent five years later, but the party still stayed ahead of CPI (as part of the Left Front) which also suffered a downturn from 31.23 percent in 2009 to 28.5 percent in 2014. The BJP, in turn, saw a bump in its share from 3.85 percent to 6.46 percent in the corresponding period.

The Congress is clearly hoping that the BJP and the Left will snipe at each other in Wayanad leaving Congress as the beneficiary of the fight. This might suit Rahul’s purpose, but the Left is clearly not amused because a Congress-Left Front fight in Wayanard would send conflicting signals about the grand alliance and diminish further Left’s electoral impact on the national stage because as a political force, the Left is left with just Kerala.

“Who is the Congress’s main political enemy? The Left or the BJP? Gandhi claims every day that he is fighting chowkidaar and the BJP, but they (the Congress) have chosen to contest against the CPI in Kerala. What message do they (the Congress) want to convey to the entire country?” Raja posed before reporters.

Meanwhile, Karat has promised a tough fight for Rahul. “To pick a candidate like Rahul against Left means that the Congress is going to target the Left in Kerala. This is something which we will strongly oppose and in this election. We will work to ensure the defeat of Rahul in Wayanad.”

Given the Lok Sabha constituency’s demography, where Muslim and other minority votes outnumber the Hindu votes, Rahul’s decision to contest makes complete sense. He is following the Gandhi tradition of representing a seat from India’s south, has chosen a safe option that he should be able to retain for Congress and has sent a veiled message to the Muslims ahead of elections that Congress party hasn’t become a ‘Hindu party’ in its zeal to copy from BJP’s playbook.

While the Left may justifiably be angry because it was hoping to seal the Wayanad seat this time after Shanavas’s death in 2018, the move is in calibration with a series of Congress’ steps that indicate that Rahul is disinterested in tactical tie-ups for power and is more interested in going it alone.

In West Bengal, for instance, Congress is facing an existential crisis. It would have made sense for it to tie up with the Left and offer some resistance to the ruling Trinamool Congress and the rising BJP. Instead, the Congress spurned the Left’s advances and left CPI(M) general secretary commenting on Congress’ “rigidity” and lack of “priority” to maximise anti-BJP votes.

This is precisely the charge that the AAP has brought against Congress for spurning its advances in sealing a deal for Delhi. AAP chief Arvind Kejriwal told reporters on Monday that the Congress president refused his offer for an alliance, leaving seven Delhi seats to be a three-way contest. Just like the Left, the AAP too had accused the Congress of behaving as BJP’s B team.

“Instead of concentrating attention on removing a dictatorial and anti-federal regime, the Congress seems to be dividing votes where the anti-BJP forces are strong. Look at what the Congress is doing in Delhi, Uttar Pradesh, West Bengal and Andhra Pradesh,” AAP’s Delhi unit convener Gopal Rai was quoted, as saying.

The AAP and the Left are justified in accusing the Congress of betrayal. After all, the prospect of Congress taking on the Left in Kerala and West Bengal and the AAP in Haryana and Delhi does little to coalesce the anti-BJP votes and signal grand alliance unity. But what if these are not Congress’ aims? What if the Congress wants a weaker NDA government at the helm (with fewer seats for the BJP) instead of a coalition government where it does not get to call the shots? Does the Congress feel that another five years on the Opposition benches will allow it to consolidate and then launch a fatal assault on the NDA in 2024 when the anti-incumbency sentiment against Modi may be stronger?

The way Congress is foregoing its chances of striking tactical alliances in crucial states, refusing to woo the regional partners and trying to drive a hard bargain (think about JD(S) in Karnataka and RJD in Bihar), it seems that the party is favouring slow structural revival over immediate lunge at power. This also explains why Rahul is keen to contest from Wayanad. It gives him another option in case Amethi goes south and Congress gets to keep its original seat. This may put the grand old party at loggerheads with alliance partners but Rahul, clearly, is not worried about it.

Congress’ plan is interesting. Though it might seem that slow but steady revival is good for the health than a quick jab at power, this theory goes against the power principle that political parties rely on. The longer an outfit stays out of power, the more difficult the task becomes for it to gain relevance. The BJP has played this waiting game but it had an ideological base and a grassroots structure to sustain itself. Congress has neither. Is Rahul taking a risk he cannot afford to take?