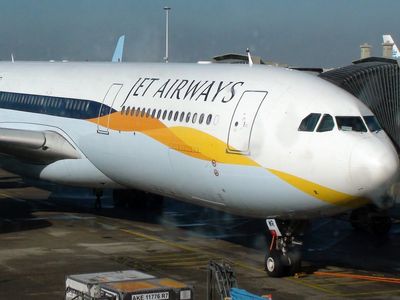 After being dormant for three years in the aviation industry, Jet Airways has announced openings for various posts in its newly-launched career portal. Sanjiv Kapoor, the CEO of Jet Airways, has further assured that more vacancies are being added to the portal and that pilot vacancies will also be added.

New Delhi: Jet Airways, which was one of the biggest players in the aviation sector in the pre-COVID times, is all set to embark on a fresh start as air travel gathers momentum. The airline company which ceased to operate on April 29, 2019 due to financial constraints, has now announced openings for pilots, engineering staff, ground and airport staff and other roles on social media platforms such as Twitter and LinkedIn.

Sanjiv Kapoor, the CEO of Jet Airways, has tweeted the launch of a live career portal for the same purpose.

“@JetAirways now has a live careers portal where positions are listed and applications can be directly submitted,” Sanjiv Kapoor, CEO of Jet Airways, said on Twitter, adding that more vacancies, including that of pilots, are being added to the portal.

Earlier, in July, Jet Airways had sought entries from pilots through a post on its official Twitter handle. In a separate Twitter post on August 4, Jet Airways sought applications from A320, B737 cabin crew members.

“If you are current cabin crew on A320/B737 or any other aircraft type and would like to join the team creating history, we would love to hear from you,” Jet Airways said on Twitter.

Hiring is back on the horizon of the aviation industry with two other airlines — Akasa Air and Tata group-owned Air India — also looking to hire new crew.

Also Read- No GST on room rents of ‘sarais’ managed by religious or charitable trusts: CBIC